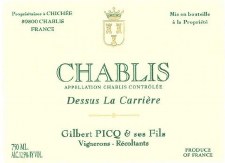 France may still rank #1 in the world in prestige, but its wine production ranked 2nd to Italy in 2007 with a production of 6.5 million tonnes.  Total French vineyard area also ranked 2nd to Spain in 2006 with 2.2 million acres of vines.  While French domestic consumption has been steadily declining, its wine exports have grown to over 34% of total world market share.  During the decade of the 1990s, per capita consumption dropped by nearly 20 percent.  French wine traces its history to the 6th century BC, with many of France's regions dating their wine-making history to Roman times.