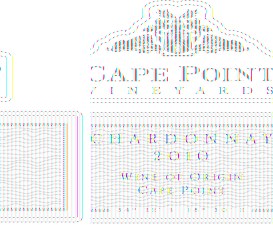 Cape Point Chardonnay is a beautiful creamy, buttery Chardonnay from the magnificent Cape Point appellation south of Cape Town. Cape Point Vineyards was established in 1996 by Sybrand van der Spuy, an investment banker by trade. Initially he settled in Noordhoek, on the Cape Peninsula, to start mining kaolin. He quickly realized that this location would be ideal to grow vines. Sybrand purchased a property near the quarry and restored the old Dutch homestead. He then pursued his dream and planted vineyards overlooking the idyllic pearly white sand Noordhoek beach.

Cape Point Chardonnay 2010 received a 91-point score from Wine Spectator. "A long, filigreed Chardonnay, with rapierlike cut to the Jonagold apple, heather and mineral notes, all framed by melon rind and honeysuckle on the finish." The wine shows a complex array of citrus, apricot, oatmeal and honey flavors with strong minerality and some subtle toasty notes. This all follows onto a wonderfully full palate with crisp acids and great length. Fermented entirely in oak barrels at 18-25°Centigrade. Aged for 11 months in barrel on gross fermentation lees. 20% new wood, remainder 2nd and 3rd fill. 30% malolactic fermentation.