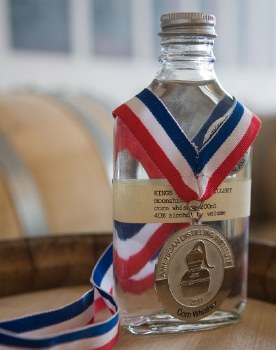 A corn whiskey made from 80% New York State organic corn and 20% Scottish malted barley. It is double distilled and sold at 40% abv in glass flasks. It distinguishes itself from other unaged whiskeys in that it is refined and highly drinkable, with a bright and intense flavor.

“Absolutely spot on corn whiskey; sweet, clean, berry-fruit, very well made and does exactly what it says on the tin (92=brilliant).” – Jim Murray’s Whiskey Bible 2013