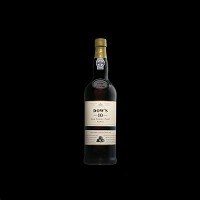 Wine Spectator 92 points - Solid, with hazelnut, fig, plum cake and dried cherry notes in lockstep from start to finish. A streak of hazelnut husk tilts to the drier side of the tawny spectrum, resulting in mouthwatering cut on the finish. Drink now. 3,200 cases imported.-J.M..March/2018
Ultimate Beverage Challenge 93 points - Pinkish-brown hue. Dried cranberry and cherries on the nose and palate, along with cinnamon stick and roasted nuts. Medium-sweet with an underlying salty tang..May/2012
Amber golden in colour, soft and rich on the palate with a fine and mellow fruit flavour blending in with the almond overtones of prolonged cask aging. A very fine Port to be savoured in a reasonable sized glass so that the aromas and colour can be appreciated. Serve slightly chilled in warm weather.
Whilst the majority of Port is now made with modern methods using state-of-the-art vinification technology, a small proportion is still produced by the time-honoured method of treading. In either system, fermentations are relatively short (two to three days) because Port is a fortified wine. Fortification, which involves the addition of natural grape spirit to the fermenting juice, intentionally interrupts the fermentation process at a point when approximately half of the grapes’ natural sugar has been converted into alcohol. This accounts for Port’s characteristic rich, luscious style and also contributes to the wine’s considerable ageing potential. Given the short fermentation cycle it is crucial to extract as much flavour, colour and tannins as possible from the grape skins.
For over two centuries the name of DOW has been associated with the finest Port from the vineyards of the Upper Douro Valley. Throughout the 20th Century and into the 21st, the Symington family has built on the legacy of the preceding Silva and Dow families. Generations of Symington winemakers have worked at the Dow’s vineyards: Quinta do Bomfim and Quinta da Senhora da Ribeira, creating from them Dow’s superbly concentrated wines that are intense and tannic when young, maturing towards a superlative racy elegance with age and scented with violet and mint aromas. Dow’s attractive and distinctive drier finish is the recognisable hallmark of the wines from this great Port house.