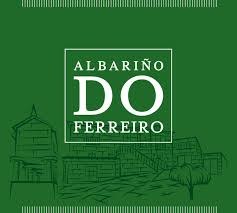 Do Ferreiro Albarino is a beautiful white wine gem from Galicia in the northwest of Spain. This winery, founded in 1973, is currently run by Gerardo Méndez. Gerardo owns 10 hectares, three of which are over 50 years old, and one of which is over 200 years old. The vineyards follow organic guidelines, avoiding the use of pesticides and non-organic fertilizers. In addition, Gerardo is devoted to the use of indigenous yeasts believing that through their usage the true qualities of his terruño can appear. Gerardo farms over 130 plots of Albariño, all located in the sub-zone of Salnès. This valley's proximity to the ocean and protection by mountain ranges has gained it the reputation for being the best area in Rías Baixas for viticulture. The blend of Gerardo's plots is what makes up the Do Ferreiro Albariño.

"Produced as an exercise of blending, the 2017 Albariño is a blend from the majority of plots they work, mixing different soils, different ages of vines and different pruning methods. This feels like a powerful vintage, with great concentration and some complexity even for such a young wine. There are floral and citrus notes and a sapid, salty-like sensation on the palate. It feels like a very complete and balanced year, with all that it takes to develop nicely in bottle. Drink 2019-2023."-Luis Gutierrez, Wine Advocate, 92+ points!