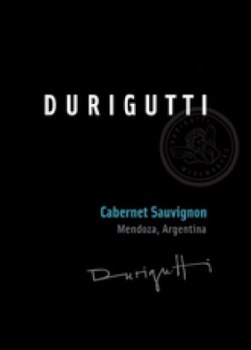 Durigutti Cabernet Sauvignon is a beautiful Argentine red wine gem from brothers Héctor and Pablo Durigutti. At their small winery in rural Luján, they craft various artisan wines including some top Malbecs and two of the country's best examples of Bonarda. Héctor is considered one of Argentina's top authorities with regards to both the Malbec and Bonarda grapes. He first became known for his work alongside Alberto Antonini as one of the co-founders of Altos Las Hormigas - the forward- thinking project that placed Argentine Malbec on the international map in the late nineties. With extensive experience in Europe (including a stint at Antinori), Héctor has developed a unique winemaking style that blends old world tradition with modern innovation. Héctor's younger brother Pablo has quickly built a reputation for himself as well, with a star-studded resume including work with Catena. Today, both brothers are some of the country's most sought-after consulting enologists. This boutique project that bears their name is their pride and joy.

"The 2017 Cabernet Sauvignon had a shorter élevage in used oak. It has some herbal and spicy varietal aromas and the polished texture this range shows in 2017, with the classic fine-grained tannins and freshness. 18,700 bottles were filled in December 2017."-Luis Gutierrez, Wine Advocate, 88 points!

Durigutti Cabernet Sauvignon is sourced from several different areas within Mendoza: La Consulta, Valle de Uco, Agrelo, and Tupungato. It was farmed organically and bottled unfined and unfiltered. This Cabernet Sauvignon has a lively aroma of blackberry and cedar. On the palate, it is well balanced with medium-bodied tannins and a clean finish. The finish is long and smooth.