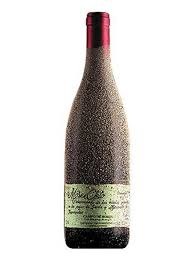 Bodegas Aragonesas Mosen Cleto Crianza is the perfect red wine to take to the beach because its bottle is covered in sand-deliberately to reflect the sandy soils of its source vineyards! Bodegas Aragonesas is located in the small town of Fuendejalon, in the Spanish province of Aragon, for which it is named. Situated in the upper Ebro River Valley, and on the slopes of the Sierra Moncayo Mountains, it is the largest winery in Campo de Borja DOP. This is the ancestral home of Garnacha, where the extremely hot, dry climate and stark contrast between day and nighttime temperatures are ideal for cultivation of this late-ripening variety.