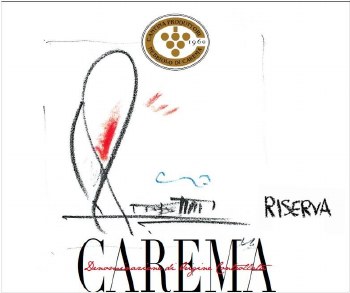 Produttori di Carema Carema Riserva is a wonderful expression of the Nebbiolo grape from Piedmont. Produttori di Carema is a producer of top quality Nebbiolo in Torino, located in the utmost northwestern region of Piedmont. Created in 1960, they are a small cooperative divided amongst 71 growers in this small, remote region. Each grower rarely owns more than 1 hectare, most having only ½ hectare. The D.O.C. Carema, established in 1967, sits on an incredibly mountainous swath of land bordering the Valle d'Aosta. The climate is cold and quite windy here, resulting in grapes that are slow to ripen, and wines that are light garnet in color.

Carema is a wine valued for its perfume and elegance, but it also has the structure and acidity to age for decades. Compared to their brethren further south and east in Barolo, the wines do not have the same power and density, but more than make up for it with their aromatic fireworks that only Nebbiolo grown in this unique terroir can show (tar, leather, damp leaves, roses).

"The 2016 Carema Riserva is another knock-out effort from the Produttori di Carema, the local cooperative that has really been on fire these last few vintages. Open-knit and inviting, but with all the complexity that is so typical of the appellation, the 2016 is superb. Crushed flowers, mint, sweet tobacco, cedar and licorice are all woven together in a super-expressive Carema that offers tons of complexity in a relatively accessible style for a young wine from the appellation. The Riserva is a selection of the best casks in the cellar, with the wine aged for an added year in cask, so three years' in neutral oak in total. That extra year in oak vis-à-vis the Classico does take with it some of the fruit while emphasizing more savory and mineral qualities. Power and finesse come together so well in this textbook Carema."--Antonio Galloni, Vinous, 95 points!